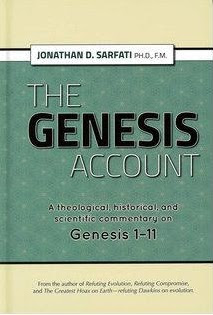 This is a very useful book. First, it gives a detailed commentary on Gen.1-11 from a traditional perspective. As such, it upholds the plain meaning of the biblical text, which is very much concerned with historical events. The book includes a defense of 6-day creation, Adam & Eve as the first humans--from whom all other humans descend--created by God from inanimate clay, the chronological nature of the genealogies of Gen.5 & 11, a world-wide Flood that destroyed all humans except Noah's family, etc. Most recent commentaries on Genesis are rather wishy-washy on such issues.

Second, this book shows the historicity of the Genesis events form the basis for many fundamental Christian doctrines, including such things as the institution of marriage, the origin of sin, how sin caused suffering and death, and why we need Christ's atoning sacrifice.

Why do many commentaries of Genesis deny the plain meaning of the Genesis text? Primarily because of alleged conclusions of science. These are claimed to prove an ancient earth, the evolutionary origin of humans (who allegedly evolved as a group of never less that 10,000 individuals), the existence of suffering and death before the Fall, and the impossibility of a recent global Flood. Sarfati examines the pertinent scientific evidence, and shows that such evidence can be well accounted for by various creationist models. He cites many recent scientific articles, from both evolutionary and creationist sources.

Daniel Chew has written a more elaborate review, noting the book's strengths, but also pointing out some weaknesses. He concludes:


Sarfati's commentary is a monumental work. It stands near the pinnacle of YEC scholarship, and presents the 6-24 YEC position in a robust manner both exegetically and scientifically. Sarfati tries to deal with the text fairly and the controversies exegetically, while showing for his brilliance in both Scripture and the sciences. Bar the concerns I have listed above, this work is certainly a must for anyone seeking to understand the 6-24 YEC position, and it would benefit all who read it.

....It is my conviction that only the 6-24 YEC position can function adequately ground the cosmology of Scripture and do ,justice to the words of Scripture. Sarfati's commentary is thus a great work in this regard, and will take pride of place for the promotion of the YEC position.

If you want an up-to-date, detailed exposition of creationism, in one book, this is certainly your best choice. I heartily recommend it.

Dr. Byl,
Yes, kudo's to Dr. Sarfati for this important work! I'm curious to know what you think of Chew's comments that Sarfati did not deal as well as he could have with the Framework View as proposed by Kline, especially in light of those who think it is the proper literary approach to the text.

Yes, I agree that Sarfati could have dealt better with the Framework View; his critique is very brief. The same applies to various other topics. For example, on the question of how we can see light from objects billions of light years away, Sarfati opts for time dilation models of Humphreys (1994) and Hartnett(2006). But both those models have been found to be problematic. There are better alternatives, which were not discussed.

However, to be fair, Sarfati's book is already rather bulky. One cannot expect him to treat all topics with the same detail.

Dr. Byl,
Is Chew referring to the two-triad parallel when he speaks of the "proper literary approach" that proponents of the Framework View hold? In other words, that this literary device of two triads of days in parallel is a strong argument in favor of a figurative interpretation of the days of creation? A presentation of the creative acts in a thematic format, somewhat like a photo album arranged according to theme? I suppose this is what Chew is referring to; the idea that this two-triad structure per Framework proponents is intended to teach us a theological meaning as opposed to a chronological sequence of the days of creation.

Sarfati spends 2 of 4 pages on the Framework View criticizing Kline's scientific motivation. But many proponents of the Framework View deny they are motivated by mainstream science; they claim their view is driven by internal biblical considerations. However, later (in Chapter 12) Sarfati does address one such argument: that Gen.2:5 teaches that normal providence was used in creation.

Sarfati could also have noted that, even if Genesis 1 were to display a highly stylized literary form, why should that rule out its historical accuracy? Genesis could be both well-written and factually correct.

I recently came across a citation and note about an article you wrote for Christian Renewal back in 2001: "Testing the Framework Hypothesis: A Response to Dr. W. Robert Godfrey". Is this still available?

Sorry, but I can find only a hard-copy of that article. It was published on April 30,2001 just before the 2001 Synod of the United Reformed Church. Articles by Dr. Godfrey, and other faculty members of Westminster Seminary West, were instrumental in the URC Synod defeating overtures that wanted the URC to affirm that God created everything in "six historical days". The word "historical" was dropped, thereby leaving room within the URC for non-literal views of the creation days.

Dr. Byl, you mention that there are better models that answer the distant starlight problem then the time dilation models of Humphreys and Hartnett. What are those models and can you point to resources to examine?

Both Humphreys and Hartnett have published more recent models, but both of these still have problems. Hartnett seems now to prefer the model of Jason Lisle. For a (somewhat dated) discussion of various models, see my post
http://bylogos.blogspot.ca/2012/01/brief-overview-of-creationist-cosmology.html

The simplest model is that God formed the stellar heavens from previous material, but at a much accelerated rate (much like Jonah's vine that grew up overnight). This results in a young but mature-looking stellar heaven by the end of Day 4, with light rays actually having come from the stars. Danny Faulkner's proposal is somewhat along these lines:
https://answersingenesis.org/astronomy/starlight/a-proposal-for-a-new-solution-to-the-light-travel-time-problem/