The famous Dutch National Synod of Dort (1618/19) not only rejected Arminianism in its Canons of Dort, but also commissioned a new translation of the Bible into Dutch.

The Synod requested--and received-- the support of the Dutch government, the States-General. Since the translation was official authorized by the States General, it came to be called the Statenvertaling (i.e., the State translation) or Statenbijbel. The  Statenvertaling was  based on the same original texts as the English Authorized Version (King James) of 1611. 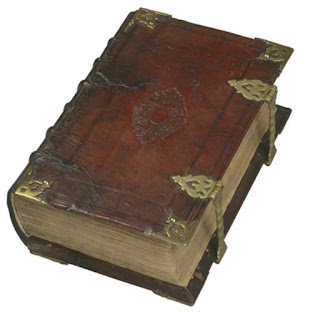 The Synod had a very high view of the Bible as God's Word. Hence the translators were told remain as close to the original text as possible. Their instructions were:
1.That they always carefully adhere to the original text, and that the manner of writing of the original languages be preserved, as much as the clarity and properties of Dutch speech permit. But in case where the Hebrew or Greek manner of speech was harder than could remain in the text, that they note this in the margin.
2. That they add as few words as possible to complete the meaning of a sentence if it is not expressed fully, and that these words be distinguished from the text with a different font and placed between brackets.
3.That they formulate a short and clear summary for each book and chapter and write this in the margin at the respective locations in the Holy Scriptures.
4.That they add a brief explanation providing insight to the translation of unclear passages; but the addition of lessons learnt is neither necessary nor advisable.

Completed in 1637, the Statenvertaling soon became the classic Dutch Bible, equivalent to the English KJV, and is still used today.

As the above instructions show, the Statenvertaling included Notes. The Notes explained difficult and doubtful words, phrases and passages, as well as providing cross-references. The Statenvertaling with Notes was the work of the day's foremost biblical scholars, officially appointed by the Reformed Church. Hence the Notes reflected the general view of the church and were highly regarded.

An English translation--The Dort Study Bible--is available by Inheritance Publications. It includes the Notes, but thus far only the first 5 volumes (Genesis to Job) have as yet appeared. An online version--with Notes--is available, but only in Dutch.

B.  Statenvertaling Notes Regarding Genesis

Given current doubts in our churches about the historicity of Gen.1-11, it is of interest to examine the relevant Statenvertaling Notes see how our Reformed forefathers viewed this matter.

Here is what we find:
1. The creation days were natural days of 24 hours.
"The meaning of these words it that night and day had made up one natural day together, which with the Hebrews, began with the evening (since darkness was before night) and ended with the approach of the next evening, comprehening 24 hours." (Note on Gen.1:5)

2. Adam was created directly from the dust of the earth, and given an immortal soul.
"As a potter forms a vessel out of clay" (Note on Gen.2:7)
"The soul of man is not created out of any pre-existing matter, like the souls of animals, but has been put into him from outside, out of nothing, through the Spirit of God" (Note on Gen.2:7)
"A creature endued with life, consisting of body and a rational immortal soul, together making up man" (Note on Gen.2:7)

4. The Flood covered the entire earth, killing all life outside the ark
"a flood which covers the whole earth with water, destroying all men and animals..." (Note on Gen.9:11).

5. Biblical chronology
a. The genealogies are taken as complete, with no gaps
"...the first genealogies, which served for the calculations of times..." (Introduction to Genesis)
"(The Flood began) in the year 1656 after the creation of the world" (Note on Gen.7:11).

b. Later dates involve some uncertainties, such as how old Terah was when Abraham was born. Thus, dates after the birth of Abraham carry the qualification "as some calculate".
"(Abraham) died, as some calculate, in the year 2124 after the creation of the world" (Note to Gen.25:7).

Given the official status of the Statenvertaling Notes, they clearly show that the Dutch Reformed Churches of the 1600's accepted without question the plain meaning of the Biblical text. This included creation of the world in 6 days, about 4000 BC; the direct creation of Adam from clay, and Eve from his side, from whom all other humans descended; and a world-wide Flood that killed all humans and animals outside the ark, 1656 years after creation.

In short, taking Genesis at face value, as genuine and literal history, is not a recent fundamentalist invention--as claimed by some. Rather, it was in fact the official view of the same Reformed forefathers that also finalized the Reformed Confessions.

Thank you very much Dr Byl for reminding us of our spiritual heritage. Our family has such a very much treasured “Statenbijbel” handed down by our Dutch forefathers who came to South Africa after 1652 when Jan van Riebeeck came to the Cape of storms. It is a very thick edition, with a few glossy copies of paintings and at the back it has a “Register van de symbolische en liturgische skriften” as well as all the Psalms, with all the old melodies!

Unfortunely my church (and this is very painful for me), the NG Kerk (“Nederduitse Gerereformeerde Kerk) is currently on a very fast track of renouncing those precious Reformed Confessions. In fact, it is no secret that what is taught at some of our theological departments at universities, is the denial of the historicity of Gen.1-11.

John,
No hint of vast geological or cosmological ages, just a sincere desire to let Scripture speak for itself. What a delight! What a legacy! A legacy bolstered by the Westminster Divines themselves a couple decades later who thought creation neither happened in an instant (Augustine), nor over a long period of time, but in the space of six normally understood days. As Dr. David W. Hall has so thoroughly researched, 'there is no primary evidence to date contradicting the historical fact that the Westminster divines exclusively endorsed only one view, if they commented at all, in their published writings or commentaries' (Did God Create in Six Days, Joseph A. Pipa and David W. Hall, eds., Tolle Lege Press, Whitehall, WV, 1999, 2005, p.265).

That our brothers and sisters who would say they are in the 'Reformed tradition', call themselves 'Reformed', teach, minister or attend 'Reformed' churches and seminaries, write and publish 'Reformed' blogs, to argue for vast ages and concordist views on the 'days', must be held accountable to the vast amount of historical data to the contrary. Those who say they are 'Reformed' must provide the primary source material from the stalwart of our Reformed forefathers to deny that the classic view was the view they believed and intended to ensconce within the Confessions.

Yes, the Statenbijbel is of massive size. My brother-in-law has one, from the year 1700. If your family's Statenbijbel goes back to even before that then it must contain also a wealth of interesting family history--births, marriages, etc.

It is indeed refreshing when translators and commentators strive to let Scripture speak for itself, embracing the plain meaning and letting the exegetical chips fall where they may.

Yes Dr Byl it is exactly as you stated! Here are two links to photos I took of the Bible:

I had in my possession a 3-volume set. Can that be the same one but in a reference-type format?

I don't have it anymore for some reason (I think I loaned it out to someone) but I now mostly use the version of e-sword when I need it.

When I was young the SV was the version that was used in church for the afternoon Dutch service, and a lot of the language is still a bit familiar to me.